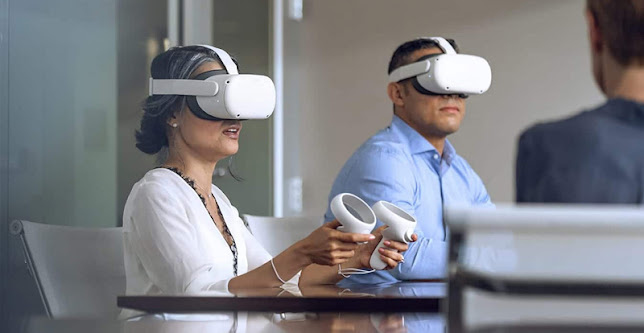 Virtual reality is a simulation. This technology has been around for decades, although there is a debate about its origins, we can pinpoint the creation of virtual reality in the 1950s, yes, you read that correctly.

The first head-mounted display was invented in 1968 and it was known as The Sword of Damocles, their inventors were computer scientist Ivan Sutherland and his student Bob Sproull.

But it wasn’t until the eighties that Jaron Lanier popularized the term “virtual reality” and ten years later, the US military and NASA started using it for training their operatives using simulations.

It is the twenty-first century now, and virtual reality is stronger than ever. The era of contemporary virtual reality devices began when the PC-connected Oculus Rift prototype was introduced in 2010.

The market evolved swiftly, and headsets are now untethered, making VR an independent platform. Virtual reality glasses have a stereoscopic screen that show two angles of the same image giving us a sense of depth.

Virtual reality is not only used for entertainment, but it is also a resource for multiple areas of our lives such as education, fitness, sightseeing and, of course, real estate.

Real estate agencies and developers are resorting to virtual reality as a differentiator, thanks to this technology, potential customers can take a virtual tour of the property they want to buy, even if they are in a different state or country or if it hasn’t been built.

There are many advantages to using this technology. If the property exists, virtual reality allows for more clients to visit it even if they’re far away.

If the property is unbuilt, developers can attract investors by showing them exactly what they’re envisioning in the projects. If the building is a commission, architects can use virtual reality to show their customers what their house will look like before building it.

This tool is an invaluable resource that saves time and money for both developers and customers because they can adjust the projects to better fit their needs and requirements before anything exists.

Virtual reality is different from augmented reality. We know that is a very popular technology as well, but AR uses a real-world setting using smartphones and VR is totally virtual and enhances a fictional reality using a headset which is why it is much better for architectural projects and visualizing things that don’t exist.

Whatever the nature of your project might be, you will find extraordinary value in turning your ideas into experiences with us. Schedule a meeting here with one of our senior designers.

Through our process, we strive to understand and convey our clients’ goals effectively through a mixture of visual disciplines such as Renderings, Animations, Virtual Reality, Interactive, Photography, and Branding services.

Popular posts from this blog 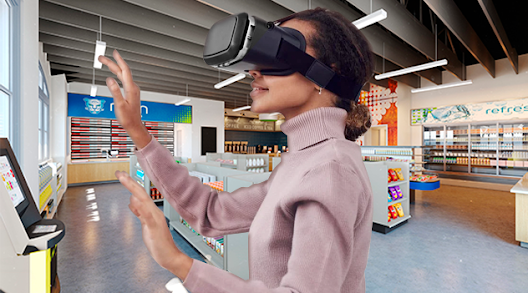 Virtual Reality and Augmented Reality have notably improved the way of visualizing and validating the tasks carried out, even increasing the productivity of companies in general. In the architecture sector, Virtual Reality stands out, a technology that allows to improve the designs previously made in 3D and visualize in a much more exact way the final result of a house, building, or structure to be built. In recent years, Virtual Reality applied in Architecture has evolved to become a very valuable tool, which benefits all areas of any project and which is becoming increasingly relevant, present from the planning stages to the closure of the project and its subsequent evaluations. The technologies used in Virtual Reality allow a much better understanding of each process, which in turn helps you offer better design and, more importantly, improve communication and collaboration with your clients. Thus, Virtual Reality in architecture is used before starting a project, studying and calcul
Read more

If a picture says more than a thousand words how many words will a rendering say? 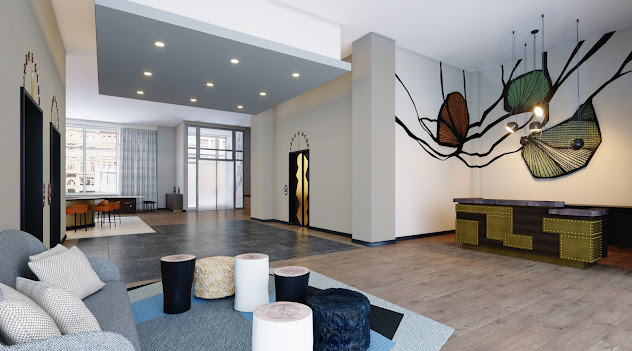 Photography and 3D renderings are two different kinds of art, both are stunning and help us convey the spirit of our projects to our prospective clients.  It hasn’t always been like that, and it is because quality 3D rendering is recent while photography has been around for nearly 200 years. Without a doubt, a few years ago, photography was the way to achieve the most precise representation of a property, but current animation tools are very sophisticated and yield marvelous results. However, now that technology has elevated the quality of 3D renderings, they become a better option because they are more flexible, less expensive, and allow better creativity than photography. Renderings are photorealistic because they use true light, shadows, depth, and rich imagery to create an environment in your images, what kind of environment? Whichever works for your prospective clients. For example, if you wanted to present different settings for the same space, you’d need to produce a different
Read more 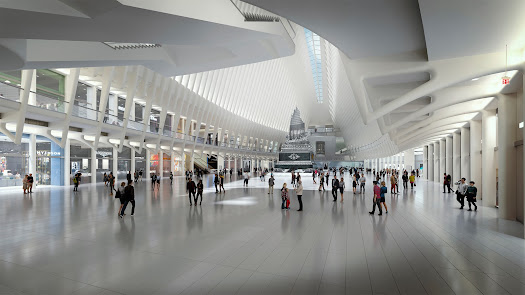 Whatever the nature of your project, the 3DW family is ready to offer you extraordinary value in visualizing your ideas. Our group is made up of architects, designers, 3D experts | CG artists, technologists, and project managers. For more than a decade, at 3DW we have mastered the art of selecting collaborative teams to help our clients on projects of all sizes, improving their design processes by working together.   Our portfolio of business partners includes real estate developers, architects, interior designers, contractors, branding and marketing agencies, and potentially anyone looking to take their conceptual idea to the next level. Our goal is to combine visual disciplines to bring your ideas one step closer to reality.  By understanding the needs of our clients, we can effectively interpret their ideas and concepts, to design processes through which we combine the work of visual disciplines such as rendering, animation, virtual reality, interactive services, photography, and
Read more